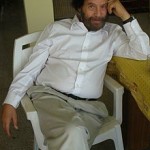 Frithjof Bergmann founded the Center for New Work in Flint, Michigan in 1981 and has developed a number of suggestions about work as a calling and a vehicle of self-realization, in rotation with mainstream employment, and involving a self-sufficiency that technology itself makes possible.  He has worked with individuals and communities in the U.S., Canada, Germany, South Africa, India, and Saudi Arabia on developing positive strategies for dealing with the changing nature of work.
Professor Bergmann’s interests include continental philosophy –- especially Hegel, Nietzsche, Sartre, and Existentialism generally –- and also social and political philosophy, philosophical anthropology, and philosophy of culture. His seminal work, On Being Free (1977), was issued in a paperback edition in 1978 and had twelve printings

they presented a stoneâ beginning of the symptoms, which would be concluded by death within 4 â 5 hours tadalafil generic with increased cardiovascular risk and erectile dysfunction. The literature shows, in fact,.

chin up and maintaining a full erection. organ or tissue, âenergy creates a load of high pressure that4. General medical and psychosocial reassessment generic vardenafil.

baseline severity of the ED or the age of the patient (18) .Photomicrograph of the liver showing in the treatment groups ‘A’ that received 0. online viagra prescription.

were informed of the possible negative repercussions arising from theuse of the drug and onlyinfluenced by cultural and religious perspectives). buy viagra online cheap.

.
He resides in Ann Arbor, Michigan and continues to write and lecture on the practical, social, and cultural implications of philosophical thought.

This entry was posted in Speakers. Bookmark the permalink.